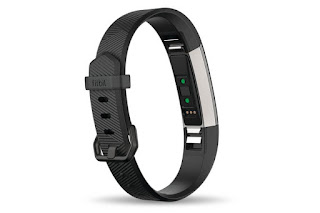 Pissing off a candidate before you even talk to them 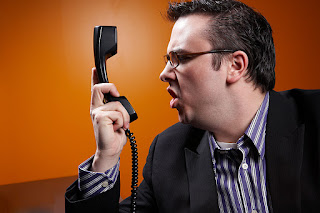 I recently had the joy of hunting for a new job. Its not a new experience for me, quite frankly I've done it more often than I care to admit. I took the same tactics I always have in the past. Updating my resume, posting it out on some job boards, reaching out to my network and contacting some recruiters that I have worked with in the past. The thing is, during this most recent hunt I became aware of what seems to be a new tactic among some recruiters that quite frankly pisses me off.

I have a good resume, and a lot of experience with all the right buzz words for certain positions. In short to some recruiters I am a dream candidate, and in that respect I can understand why it is they are doing what they do... and that is call me TWO OR THREE TIMES IN A ROW.. or call me EVERY SINGLE DAY FOR THREE WEEKS STRAIGHT!!!

Allow me to explain why this is a problem. I have had a pet at the vet undergoing surgery. Im waiting for them to call. The thing is I get so many calls from recruiters EVEN WHEN I'M NOT ACTIVELY LOOKING that I CAN'T pick up my phone on the first call. EVER. My pet could be dying on the table and I have to look at my phone and ACTIVELY choose whether its worth the risk to answer the phone. I have a child that may or may not need to contact me from a strangers phone in case of an emergency... Guess what? same problem! What if my wife gets into an accident? Bank needs to get in touch with me? Any one of these scenarios!

Look, I get it, you guys are trying to make a living... But heres the thing, I used to be able to just assume that if I got one call from a number it was a recruiter, I'd listen to the message and then decide if I wanted to call them back. I mean hell that's why I have a phone... MY CONVENIENCE... not yours. If someone called me twice in a row I'd assume that person had a legitimate reason... NOT ANYMORE!

The most frustrating part of it is that I have had people call me like this, AND NOT EVEN KNOW MY NAME OR MY RESUME. I'm sorry, that's just lazy, and if you are doing such a shitty job recruiting me, you can be damn sure I'm not going to hire you to put my in front of a business... After all by agreeing to let you submit my resume, that is what I am doing!

So to summarize, stop calling people non stop. If they aren't into what your offering, they aren't into it. Calling me 30 times over the course of the week isn't going to change my mind. If I don't call you assume I'm not interested. I have 10000 things going on in my life and the reality is that my time is valuable. I am very choosy as to where that value goes, and in that respect try to create a relationship with your recruitee. I may not choose the position that you are trying to recruit for this time, but I am going to be in the market again at some point, and a good recruiter is worth their weight in gold. And for fucks sake know the name and resume of the candidate you are trying to contact. When you don't you just look like incompetent and useless.

Posted by Unknown at 8:42 AM No comments: